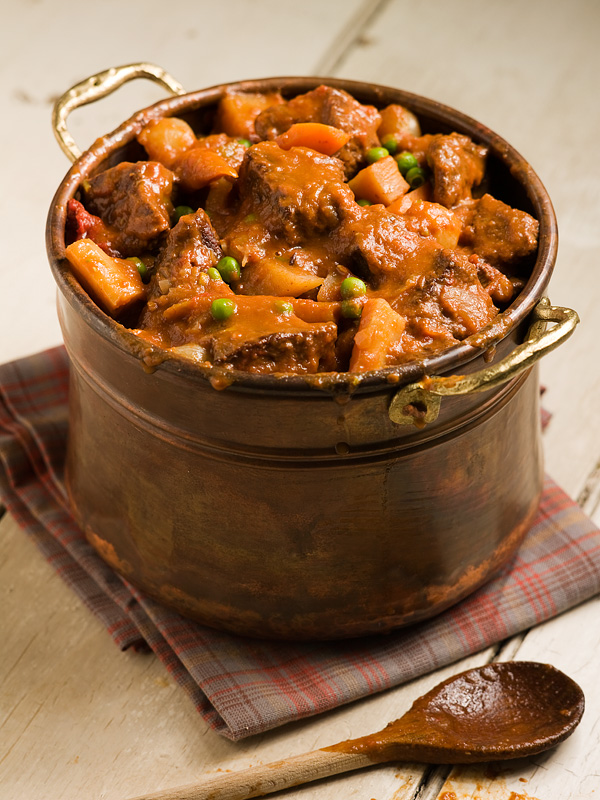 Braising is my favourite cooking method. I just love the way it can transform an inexpensive, tough cut of beef into a tasty tender stew. Toss in the earthy flavours of root vegetables and aromatic red wine, and you are well on your way to a rich flavour base. But the real secret to a truly memorable beef stew is patiently browning the meat.

Meanwhile, pat the beef dry with a clean towel and then cut it into large cubes and season it with the salt and pepper.

Add a splash of oil to the potenough to cover the bottom in a thin layerand toss in enough meat to form a single sizzling layer. Sear the meat on every side until it’s evenly browned.

Be patient when you’re browning the meat; it takes a little time but it’s worth every minute. The caramelized flavours are the secret to a rich hearty stew. As the meat browns, remove it from the pan, adding more oil and meat as needed.

Once the meat is done, discard the remaining oil but keep all the browned bits in the pan; they’ll add lots of flavour to the stew.

Add half of the vegetablesreserving the other halfand all the meat back to the pot. Add the tomatoes and enough wine and beef broth to barely cover the works. Add the bay leaves and rosemary and bring the pot to a simmer.

Continue cooking until the meat is almost tender, about 1 hour, then add the remaining vegetables, the baby onions and the frozen peas. Adding the vegetables in 2 batches allows the first batch to dissolve into the stew while the second retains its shape, colour and texture. Continue simmering until the meat and veggies are tender, another 30 minutes or so. When the stew is tender, taste it and season as you like with salt and pepper.

You may use any combination of root vegetables you have on hand. You may use any cut of beef that’s labelled for stewing, simmering or braising. Try using fresh thyme instead of rosemary. You can also stir in several sliced green onions at the last second for a burst of colour and flavour. Shredded aged cheddar cheese or tangy blue cheeses are a great topping for each bowl.