By Chef Michael Smith  •  6 years ago 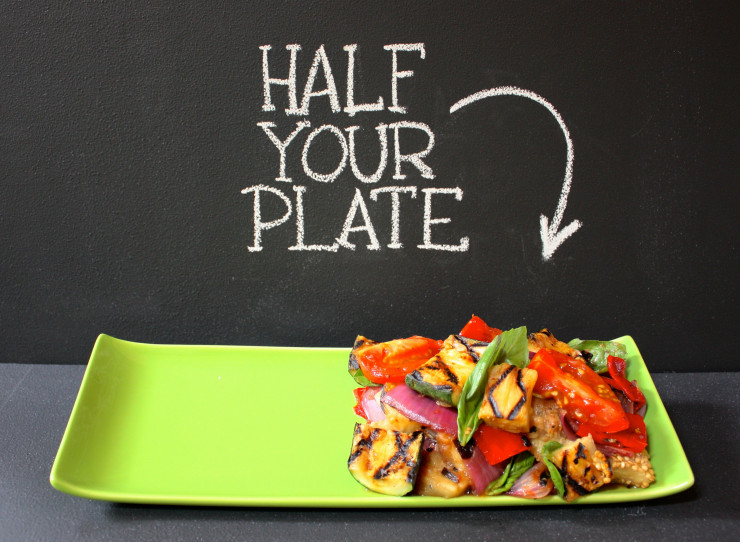 You can add a delicious spin to this classic group of Mediterranean flavours by grilling the vegetables instead of stewing them. For bright bursts of flavour I like to add lots of fresh aromatic basil leaves too. Next time you fire up your grill try preparing this recipe first, it’s the perfect side dish for grilling season. What a great way to fill half your plate with vegetables and all your plate with grilled flavour!

Prepare and preheat your grill to its highest setting.

Prep the vegetables. Brush or rub them with olive oil and season with salt and pepper. Trim the tops from the garlic heads, rub with a bit of olive oil, then wrap each tightly in aluminum foil.

Remove everything from the grill. Roughly chop the tomatoes, zucchini, red onion and red peppers into a large serving bowl. Scoop the flesh of the eggplant from the skin and roughly chop, adding it to the other vegetables. Unwrap the garlic and squeeze out the softened garlic cloves into a small bowl. Squeeze in the lemon juice, stir together and pour over the vegetables. At the last second add the fresh aromatic basil leaves and toss the works together. Serve and share!