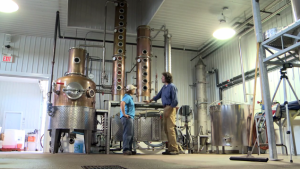 Wine, beer, rum, tequila, old school potato vodka. Long ago, all over the world, every culture figured out how to harness the miracle of fermentation to create a drop or two of liquid sunshine. All it took was a pile of local ingredients — the sweeter the better — lots of cold clear water, naturally occurring yeasts and a lucky break or two. Today every region has a defining signature drink that reflects time and place. Prince Edward Island is no exception. 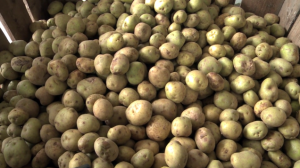 Prince Edward Distillery is anchored in the red clay soil of the potato fields that surround it. A fast flowing aquifer of pristine water and two passionate distillers complete a recipe that has put them on the global spirits map. Julie Shore and Arla Johnson create artisan quality potato vodka.

Prince Edward Island grows the best potatoes in the world but today’s giant global distillers don’t use potatoes to make vodka anymore. 99% of the world’s vodka is made from inexpensive neutral grain spirits. But we like to do things the old fashioned way on our island! 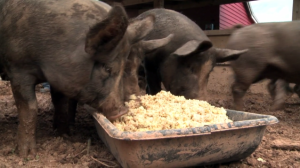 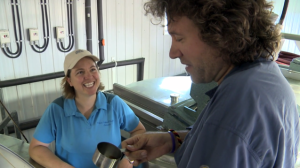 Next time you’re on PEI pay a visit to the distillery and ask to see the still. It’s a gleaming state-of-the-art German copper affair and under the care and guidance of Julie and Arla it produces liquid magic. Vodka with flavour, nuance and personality. And purity. Because it’s made in small batches the distillers choose not to include the cheaper alcohols that come at the end of the distillation process. They could fatten their bottom line but instead discard what they consider to be impurities. As a result their vodka has a much cleaner finish and a flavour worth savoring to the last drop!